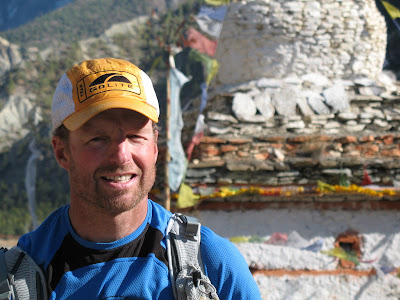 We are so pleased that Mike Ehredt has joined Dreamchasers!

Mike Ehredt brings over 34 years of experience in training and competition to Dreamchasers.  Those 34 years have taken him down numerous paths and sports.

Discovering cycling in his 20s he competed on the road for 12 years as a Category 2 cyclist in Florida and Illinois, qualifying for the National Time Trial Championships twice.  In 1996 he rode 474 miles in 24 hours raising over $12,000 for Muscular Dystrophy.  This in turn led him to a mountain biking stint and he would twice win the Illinois Championships for Veterans.

The desire to further expand his skills took him to Adventure Racing where he would compete in two Eco Challenges (Borneo and Fiji), finish New Zealand’s famed Southern Traverse and in 2004 finish Primal Quest in California.

Mike became a Race Director in the Midwest for 6 years, conducting the Great Mississippi River Adventure Series in Northern Illinois and sharing his knowledge with new racers through numerous one-day clinics.

The draw of water led him to downriver canoe racing and he would win a National Championship in Canoe Orienteering.

Throughout the years running played a fundamental part in his fitness and life.

From competing as a young soldier in Germany, winning the Army Cross Country Championships to years later discovering the joys of high mountain trail running in Colorado and Idaho, he has experienced many highs.  His legs have carried him to personal bests of 33:54 in the 10k to a 2:52 marathon and 7:24 for 50 miles.

In 2006 he completed a 250 mile Trans-Himalayan run in Nepal.  Twice he has finished in the top 150 at the Marathon des Sables and in 2008 he became one of only 34 people to ever finish the Rocky Mountain Slam which consists of Bighorn, Hardrock, Wasatch and the Bear 100 mile races.

In 2010 Mike will be running solo and unsupported across the States in honor of our fallen troops, a distance of over 4300 miles. (www.projectamericarun.com)

Mike is a certified personal trainer constantly seeking to gain more knowledge as he aspires to help others find their true potential through functional, realistic training methods and goals with truly achievable results.  He delivers a quiet, soothing approach and inspires others to dream big. 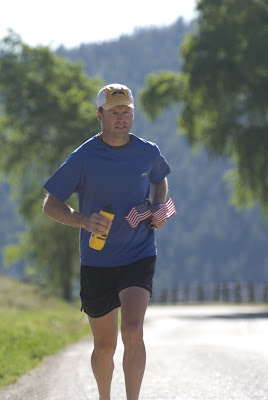